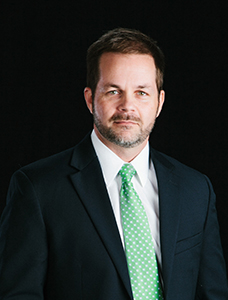 Jason was born and raised right here in Central Georgia and has deep local roots as do many of us. Those roots reflect a family history of dedication to both community service and the law; which Jason continues.

His father was Joe Harry Rowland who was a prominent businessman in the Wrightsville area. Jason was introduced to the business world at a very young age where he and his father owned and managed several businesses.

His Great Grandfather was J.H. Rowland who was a State Senator and lived his entire life in Wrightsville where there remains a road name in his honor.

Great Uncle Roy Rowland was not just an attorney he was the District Attorney for their circuit. Uncle Roy later became a Superior Court Judge and lived his entire life in Wrightsville.

J. Roy Rowland, a cousin, was a physician, State Representative, and U.S. Congressman. The Federal Courthouse in Dublin is named in his honor. He was born in Wrightsville and now lives in Dublin.

Joe Wesley Rowland, another cousin, was a State Court Judge in Johnson County and a practicing attorney. He lived his entire life in Wrightsville having passed away in 2015

Other Central Georgia attorney cousins include Hodges Rowland and Hale Almand. Hodges continues to practice law in Wrightsville after a 53 year legal career. Hale sadly passed away in 2013.